I don't remember how, when, or where I discovered old roses, but I suspect it was two incarnations back -- in the early 19th century, when I walked the earth as Elizabeth Bennett
(more recently, I was Edith Wharton).

Once I entered this world, I quickly became besotted with enchantingly-named roses such as Souvenir de la Malmaison, Isfahan, Old Blush, Sombreuil, and Reine des Violettes.

Classically gorgeous, with delicate complexions of white, cream, pink, and violet, old roses often contain scores of tightly packed petals that give them a slightly frenzied air, as if when the buds where opening they just couldn't put on the brakes. Neither could I -- every year, when
the old rose catalogs arrived at my door, I put in an order for another eight or ten.

I now live in a different house, with less time to garden and far fewer roses. But in May of every year, I still visit the Festival of Old Roses in El Cerrito, where local (local being a relative term here) rosarians proudly display the rare, and in some cases almost extinct, varieties of roses that have been shyly hiding in their backyards all year long.

There are literally hundreds of old roses here, mostly set out in ordinary jam jars, fluffing out their dazzling petals for all the world to see. 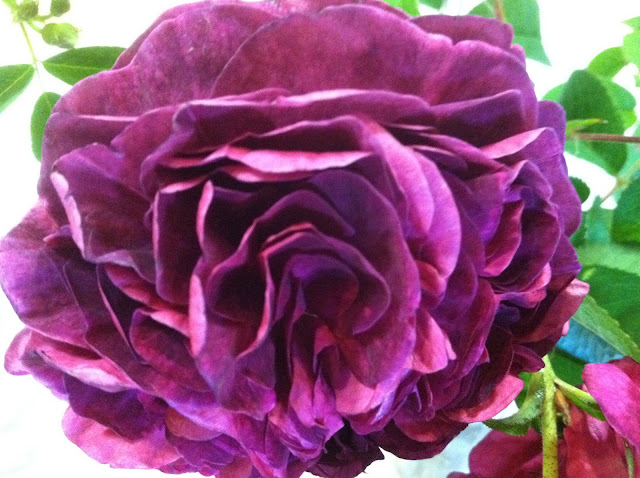 Each display was more beautiful than the next, or so it seemed. And every rose reminded me of something -- in this case, a crumpled handkerchief. 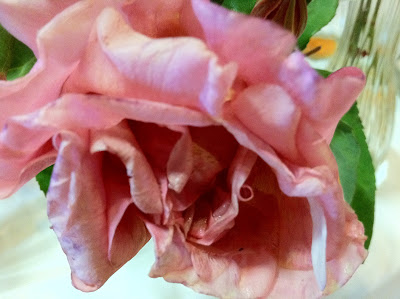 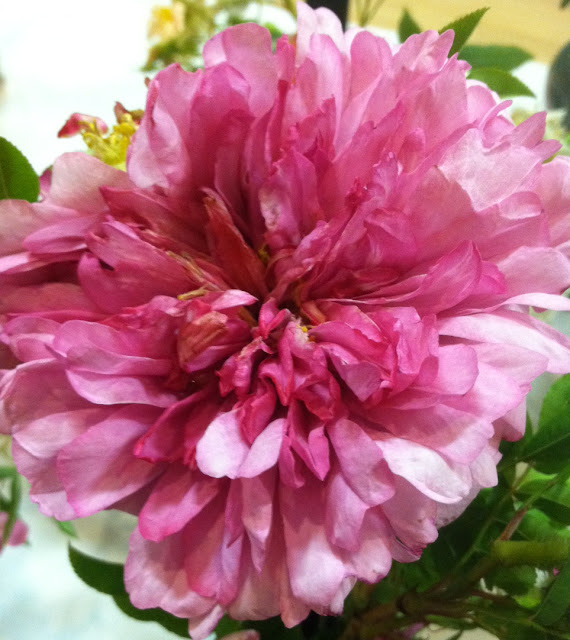 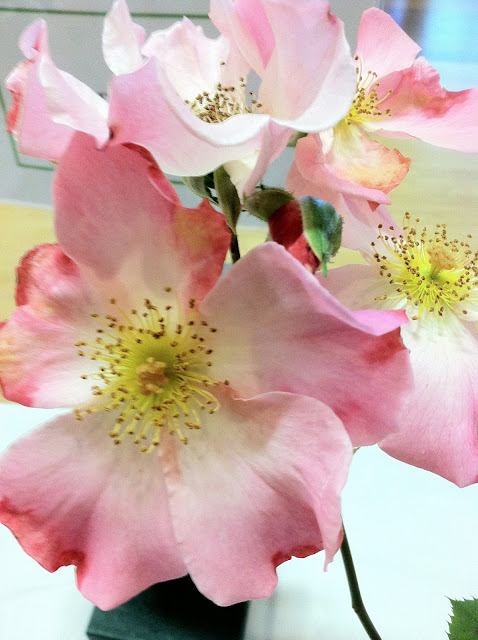 I could not stop photographing roses. People were looking at me...who is that crazy woman with the iPhone trigger finger? Little did they know...this is one of the few events I've attended recently where I wasn't admonished not to take pictures! 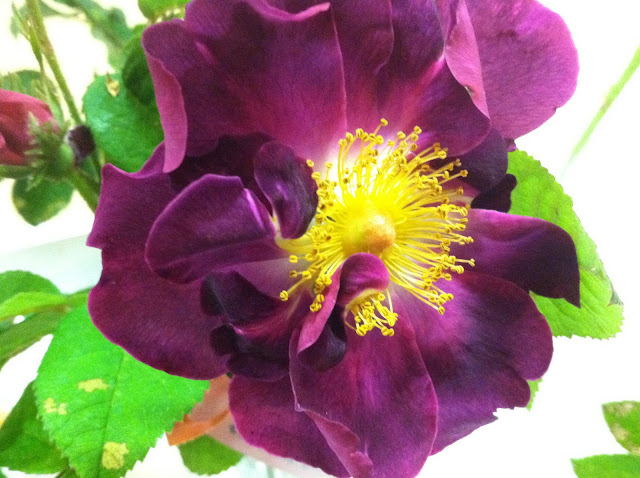 So I really went to town, so to speak. 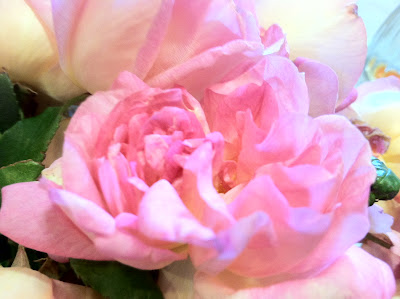 Are these not amazing?
Clearly, I'm not the only one who thinks so.

In the 21st century, in northern California, it's not hard to see where he got his inspiration. But remember, he couldn't work from a photograph like this... 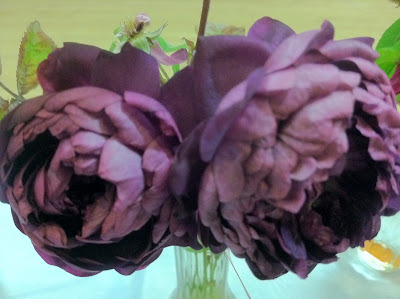 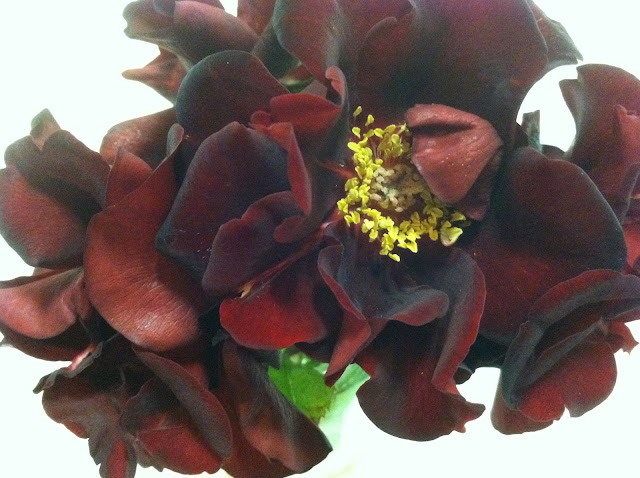 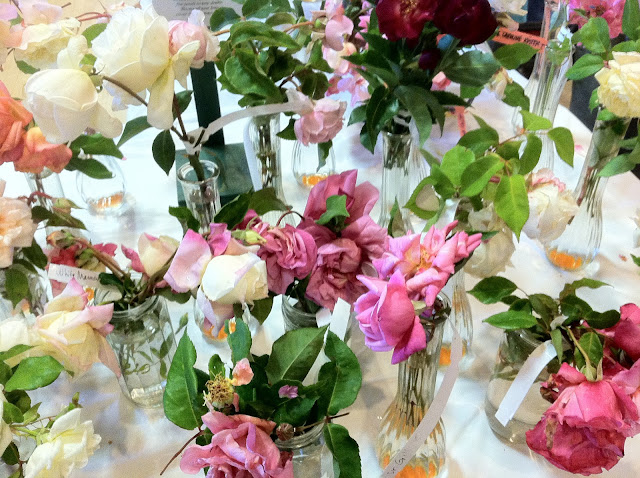 If you are used to modern hybrid tea roses with names like Mr. Lincoln and Doris Day, you can see how old roses are in a class by themselves. So why do we have the newer varieties? Because they bloom more often, and are more disease-resistant. They are like supermarket tomatoes, as compared to the heirlooms you get at the farmer's market. Not to knock them, they have their place.

Just not in my garden. I'll take these instead. 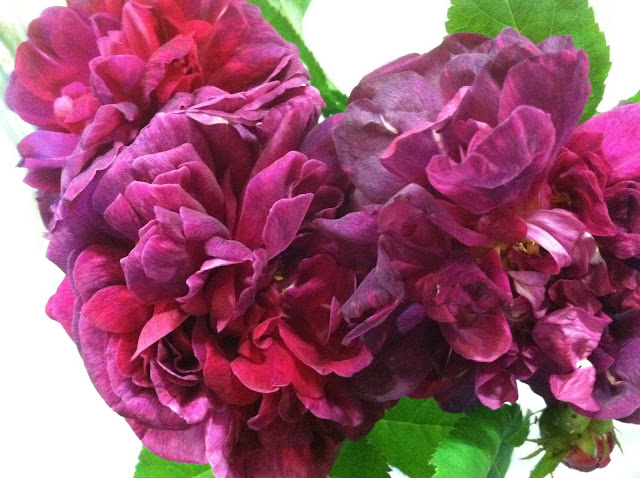 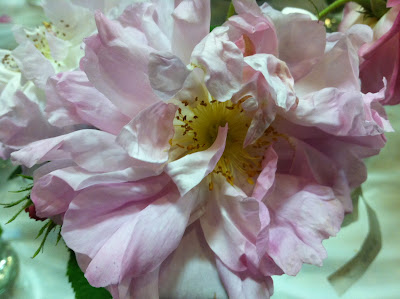 Or these and these... 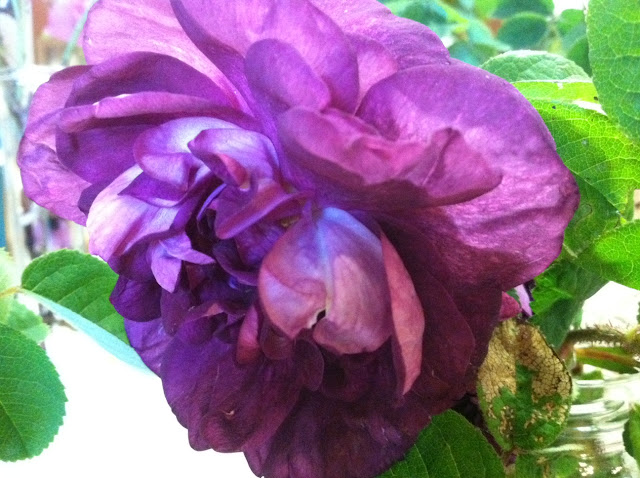 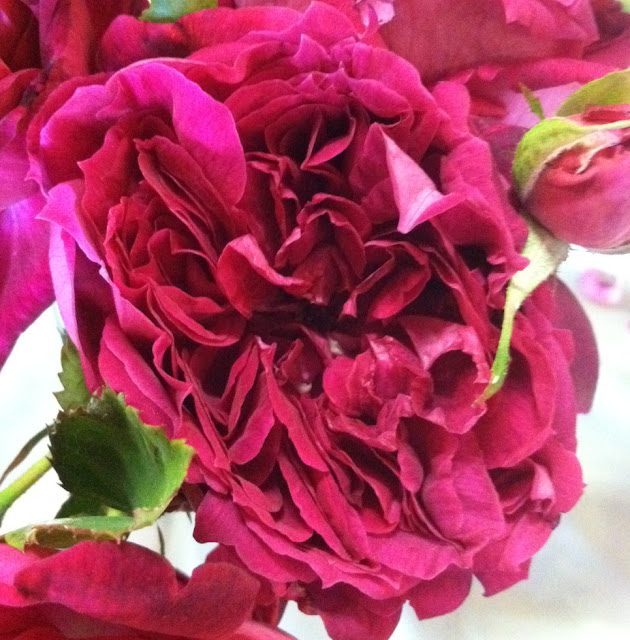 Fashion designers always end their shows with a wedding dress, so I think I'll end this post with a wedding bouquet. I have no idea what this rose is called, but I'm naming it "Mr. Darcy." 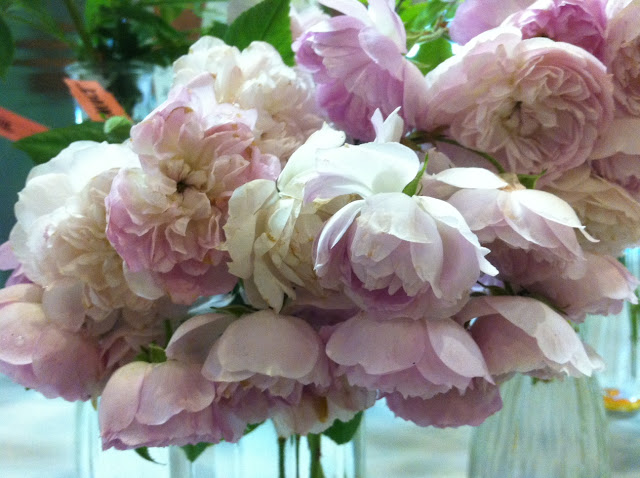 Or maybe it should be "Miss Bennett." What do you think?

Exploring the art and soul of domesticity

I started A Silken Swoon to celebrate all things domestic, from interior design and gardening to watching rainstorms while cradling a cup of tea. Who knows where it will go? I invite you to take this journey with me...